Who is Fabio Quartararo the rising star of Yamahа? 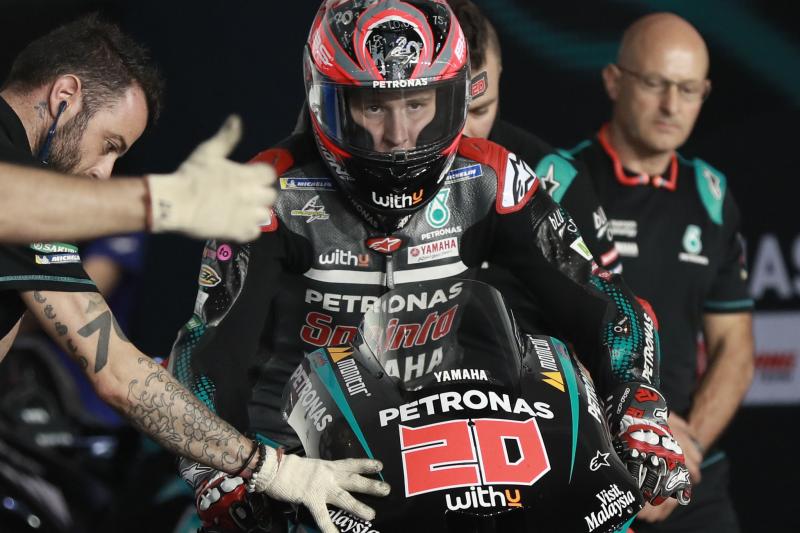 Who is Fabio Quartararo the rising star of Yamahа?

Although we all eagerly awaited the start of the MotoGP season, the outbreak of the global coronavirus pandemic has delayed the exit of the world's best racers on the race tracks. The season was opened with a race in Qatar but in Moto3 and Moto2 classes, without the presence of the strongest MotoGP motorcycles and fastest riders. And we wanted to find out if the forms shown by the teams in the tests driven in Malaysia and Spain were the right form of teams and drivers, and whether Honda and Marquez were really having problems, or were they just hiding their speed.

Six pole positions and seven podiums. How many of them could have predicted this kind of starter performance in the MotoGP class in a brand new team of the strongest motorcycle racing world class? The answer is very few. And Fabio Quartararo has achieved such results on his Yamaha M1, which prepares and runs, not factory, but the satellite SIC Racing team. Only the sharpest eye of the expert could tell in the first race of the 2019. season in Qatar, when he won the fifth starting position, what talent lies in the French driver, who, a few months later, became the youngest winner of the MotoGP pole position ever. Very few of them could have guessed what a threat the Quartararo would become during the season, even though his Yamaha had less power than that of teammate Morbideli's motorcycle, as did factory drivers Valentino Rossi and Maverick Vinales. And the first season for Quartararo was not all that easy. He made mistakes, felt, recovered from injury and surgery, and learned race by race.
He earned himself the Rookie of the Year title at the Montegi race in Japan as the 2019. season was closing to an end, but few hoped to embrace the title of Best Independent Driver, or Non-Factory Driver, after the Valencia finals. Yes, Quartararo defeated one Cal Crutchlow on the Honda factory in the LCR team, and Jack Miller in the Ducati factory in the Pramac in that ranking. In addition, in the overall driver standings, he defeated Valentino Rossi, and Danilo Petrucci, Ducati's factory driver, and showed that he had no complexes even from Marc Marquez. 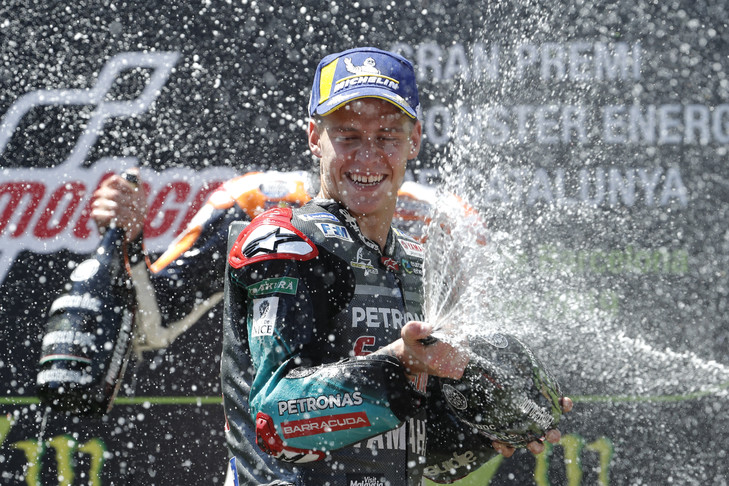 Born in 1999, he started racing at the age of four, when he moved with his family to Spain to build a

moto career, and where he won championship titles in the 70, 80 and 125 cm³ classes. He won the FIM CEV Moto3 Championship twice, and arrived in Moto 3 class at age of just 15 years. It was a little too early, since Dorna, the promoter of Moto GP, had changed the rules because of it, and dropped the limit from 16 years to 15.
Only, the young Frenchman's path was not quite bed of roses, despite the talent that everyone recognized. Already in his second ever Moto 3 race, he reached the podium, repeated the same result in Asen with a pole position in Jerez and Le Mans, but also, as he said, made a big and expensive mistake. "Instead of learning the trails, I was trying to find and follow the lines of Mark Marquez. It led me to fall and severe injury”, says Fabio. The 2016. season in Leopard Team didn't bring too much, and already in 2017, a talented but not proven rider turned in the Moto 2 class by driving for the "Paginas Amarillas HP40" to get a Speed ​​Up motorcycle and a first win in the second Moto2 season.
In fact, in Quartararo's career was just getting interesting. The SRT decided to join the strongest MotoGP class as a Yamaha satellite team, and one phone call changed everything. Yamaha invited him to join a brand new team in the strongest class.
During racing weekends, Fabio is the first to come to his garage and the last to leave, absorbing every piece of information like a sponge, learning all the secrets of a MotoGP rider. And there are many more secrets to learn before him. He finished the 2019. season in the best way possible. In pre-season tests for the 2020 season he was the fastest, what he can do on a full factory spec motorcycle, we should have seen from the beginning of the season 2020., which due to delay, we are still waiting.

Yamaha Racing wasn't blind before the obvious. A French child wonder, that impressed the entire MotoGP world with its results on a satellite Yamaha, in 2021. goes to the factory team an factory YZR-M1. Fabio Quartararo has signed a contract for Yamaha's factory MotoGP team for the 2021-22 seasons, and will be in tandem with Maverick Vinales, who also extended the contract for another two years. That means Valentino Rossi's career with the Yamaha factory team is practically over, though the factory says it will give him full support if he decides to stay on track after 2020. According to Rossi's plan, he should have made the decision to continue his career by mid-2020. , or until the summer break. However, since the season is not yet open, and it is difficult to predict when it will be, Rossi has to postpone his decision for, most likely, the second half of this year.
However, whenever it starts, the 2020. season will be a new exam for Fabio Quartararo and the SRT. Freshman year has passed, the lessons learned should be demonstrated on the course. Better "weapons" for Team Petronas Yamaha SRT are also coming. Both Quartararo and Morbidelli will receive the full factory spec Yamaha YZR-M1 in 2020. And is Quartararo one of the favorites for the championship title? Unlike the start of the 2019 season, most now look at the young Frenchman as almost the only true challenger to Marc Marquez.